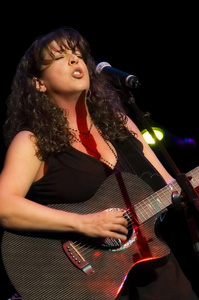 Alaria Taylor is an award winning singer/songwriter with over 50 regional and national awards including:

She is the Milwaukee director of Chick Singer Night, the largest and longest running singer showcase in America.

She has performed is almost every situation imaginable including: aboard cruise ships, in coffeehouses, nightclubs, theme parks, colleges,  festivals, theaters, in an opera company, with the Milwaukee Symphony, cover bands and on radio and television.

Her ultimate goal is to drop out of society and join the Amish.